A Cayuga Community College student who has almost completed his second degree has received the prestigious Chancellor’s Award for Student Excellence (CASE).

Cayuga’s Joshua Hart was among the 135 students across the SUNY system in the 2020-21 academic year to receive the award, which is the highest honor bestowed on SUNY students. The award recognizes students who balance academic success with other aspects of college life, including campus involvement, athletics, career achievement, leadership responsibilities and community service.

Cayuga President Dr. Brian Durant applauded Hart for his academic success, strong record of campus involvement and his commitment to preparing for a media career. 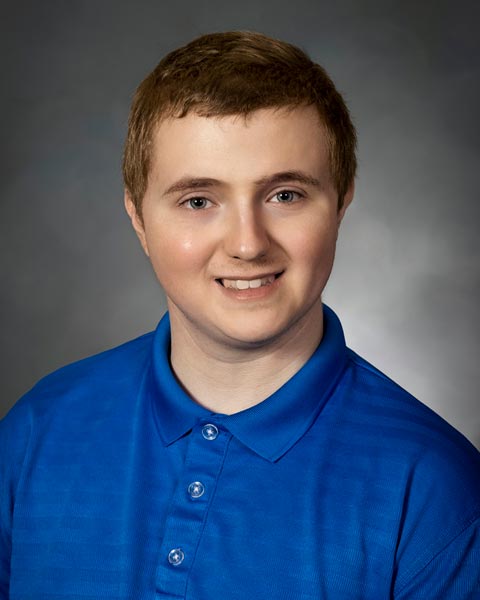 “Josh is well-known in our campus community for his involvement in campus activities and different media platforms for students, plus for his truly impressive academic record,” said Dr. Durant. “I’m proud of all he has accomplished at Cayuga, and I congratulate him on earning the Chancellor’s Award for Student Excellence.”

Hart said he was honored to receive the Chancellor’s Award, and thanked his family and Cayuga’s faculty for guiding him during his time at the College.

“Receiving the Chancellor’s Award is very special to me. As someone who has overcome many obstacles to reach this point, I feel like it represents my determination to achieve the career I’ve wanted for years,” said Hart. “I appreciate the support of my family, friends, and the faculty and staff at Cayuga, who helped me succeed.”

Hart has excelled academically throughout his time at Cayuga. A member of the President’s List from the Fall 2018 through Fall 2020 semesters, he was also inducted into the academic honor society Phi Theta Kappa in the Spring 2020 semester.

In the Spring 2019 semester he received the WDWN Radio Personality of the Year Award for his work at the Cayuga student radio station. The following year he received the Award for Excellence in Audio Production and the Best Public Service Announcement, both from Cayuga’s Telecom Department.

After completing his degree in the Spring of 2021, Hart is hoping to begin his career in video or audio production.

For more information about the Chancellor’s Award for Student Excellence, visit https://system.suny.edu/university-life/student-excellence/.